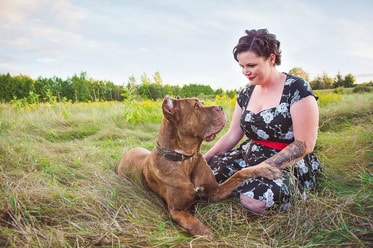 I went to NYC for an apprenticeship with Dream Come True K9, and this was like my Hallelujah moment. Relationship was important. Teaching was important. Being fair to the dog was important. Communicating in a way the dog can understand was important. They were doing all of the teaching and relationship building that I learned from the force free school, but that was missing from the more punishment based training I learned. But they were also able to bring about behaviour change by holding the dog accountable. Once the dog's fully understood what was expected of them, and what behaviours are not desirable or permitted, they most often made the right decision when given a choice.
This is where I have found my real training mojo and found a way to honour who the dog is as a unique being, and bring about cooperative behaviour change in the dogs and their humans. It requires work from both parties in order to be successful.